SEMICS has a culture of supporting our staff as they take on new challenges, regardless of the outcome. 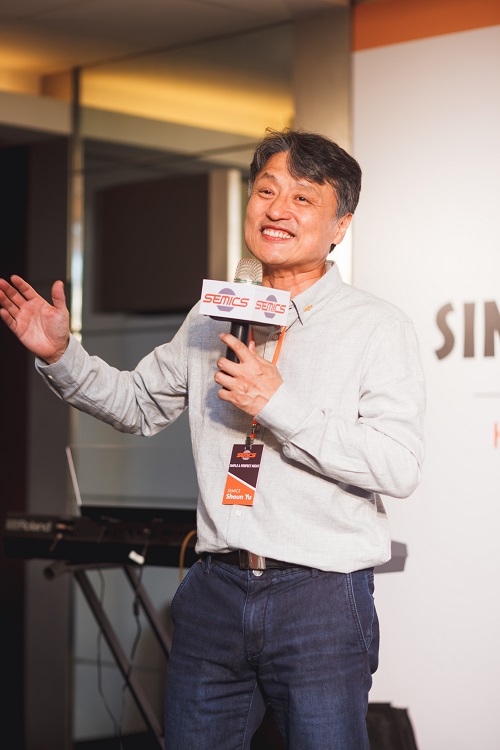 A small and medium-sized company in Korea has surpassed the high entry barrier that has been shaken by most companies. Since then, it has steadily grown as a fast follower and has become the world's third-largest wafer Prover, a semiconductor inspection equipment. Now, beyond following someone, they are on the path of "Global First Mover," which presents a new direction for the industry.

CEO Yoo Wan-sik, who had been steadily building experience and know-how in semiconductor field since joining LG Industrial in 1986, established Semix Co., Ltd. with three colleagues who agreed in 2000. Although he took advantage of his major to challenge the wafer Prover sector, a semiconductor inspection equipment, several Japanese and American companies were monopolizing the field.

Even if they are confident in their technology, their entry barriers are so high that even large companies that have challenged wafer Proverts have been falling apart. In the midst of this, he took a valuable opportunity from a Taiwanese wafer testing company. As the wafer was about to move from 8 inches to 12 inches, wafer test companies also had to have a 12-inch wafer Prover. However, the only Japanese wafer Prover that was released at that time was very expensive. Under these circumstances, Semix promised "infinite A/S" with exceptional prices, and the Taiwanese company accepted it after much consideration. This is the first time that the company has pioneered the market in history, not in Korea but abroad.

"Starting with two wafers in September 2002, we have delivered a total of 17 wafers here alone. It took about a year to optimize the equipment, but as much as it gave us a good chance, we kept it to the end. As a result, many companies that have been paying attention to us have asked for delivery, and have come to work with the world's leading semiconductor companies. Given that things have come to an end after winning their first overseas orders, I think it's really good to knock on the door of the world stage right away without settling in Korea.(laughs)"

Although there were ups and downs in between, Semix has already become the world's third-largest company in wafer proverts. The absolute performance of wafer Proverts is also second to that of super-large competitors. Leading semiconductor markets such as SK Hynix, Qualcomm, and STMicro are going to introduce Semix products in semiconductor inspection process. As a result, sales reached 60 billion won as of last year, of which 75 percent come from abroad.

With its global presence melting everywhere, Semix has faithfully continued its work to lead the upwardly equalized wafer prover market since two years ago. This is a vision that I could dream of as I entered the ranks of leading companies beyond fast followers. Like everything in the world, the wafer-prover sector is bound to follow one or two companies that innovate repeatedly. With virtually no technology gap with its competitors, CEO Yoo Wan-sik was convinced that "Semix could also belong to one or two companies."

CEO Yu decided to create a corporate culture suitable for leading companies and transformed it into a free and experimental atmosphere. For example, if an employee thought he needed to put water in a chuck, a wafer-bearing component, to improve wafer prover performance, he could put it into practice. The same is true of other attempts. In short, the company aims to grow its employees' creative autonomy in the autonomy of its employees. It is also a corporate culture that fits well with innovative models in the era of the fourth industrial revolution.

an unusual move toward 'First Mover'

Innovation in corporate culture has already been successfully established in Semics. Now, all executives and employees have no qualms about pushing ahead with the project based on their thoughts and judgment. The results are also appearing one after another. The idea of increasing the amount of wafer inspection per unit area by building wafer proverbs on several floors like apartments, and various opinions that helped improve wafer proverbs' performance came from this process.

With these ideas and technologies, Semics proposes a more efficient semiconductor inspection environment to its customers. Beyond suppliers who make products simply as ordered, they are on the path of leading companies that think and execute for common interests to guide customers in a better direction.

As all executives and employees have been reborn as the main characters of the company's growth, Semix is also constantly concerned about sharing the fruits. Participation in tomorrow's fill deduction for young employees of the Ministry of SMEs and Startups is part of this effort. If an employee who is subscribed to the tomorrow fill deduction works for the company for five years, he or she will receive 3.6 times the amount he or she paid, including interest on benefits. It's a kind of performance bonus for service. Although the company's burden is a certain percentage, Semix actively encourages its membership, and about 60 percent of its employees are subscribed to the tomorrow's fill deduction. This is where the spirit of co-prosperity between the company and its employees stands out.

Semics, which started with a capital of 200 million won and settled in the "Global Top 3," set a new goal in 2017 when it started innovating corporate culture. It will grow five times over the next five years and become the world's No. 1 company. To this end, "Think Big, Talk Big" is a movie that faithfully practices the slogan "Think Big, Talk Big. We support their bold move toward "Global First Mover." 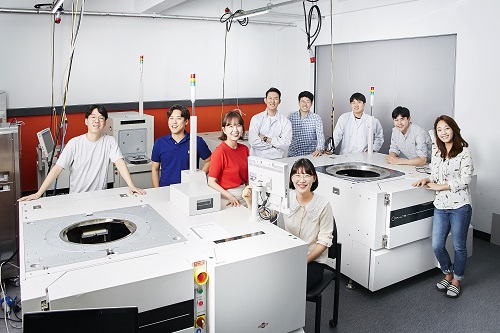 Copyrighters © No unauthorized reproduction or redistribution of Daily Today